My court of loyal devotees has first-hand experience of My reign of female supremacy and power exchange.

Though for the admirers and the curious new ones whom haven’t yet been granted to the pleasures of My accomplished touch.

With My natural hourglass buxom figure, long dark locks and green eyes, which are a reflection of My European  bloodline.  I integrate My sadistic needs, Which run deep within My veins and use My wisdom to harness My chosen subjects to…

My skills and knowledge have come from over two decades of professional and lifestyle indulgence. 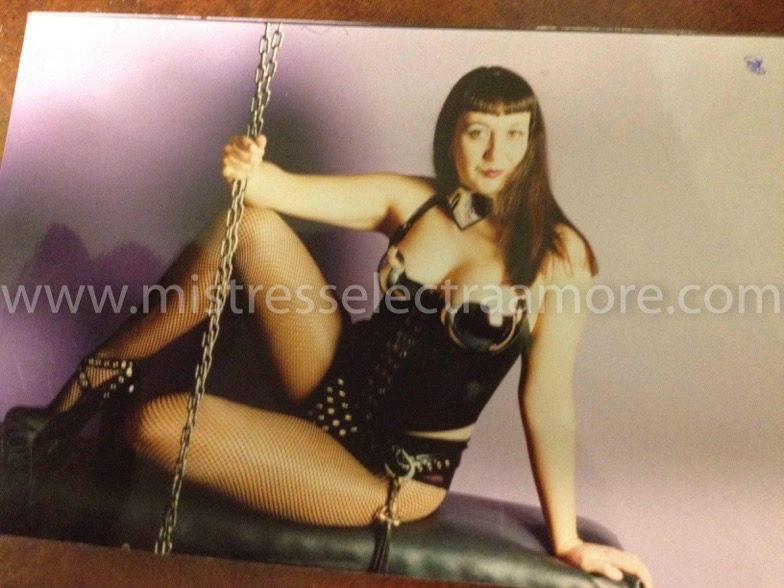 Trained in the old style of being a submissive first, I quickly learnt the importance of Safe, Sane and Consensual play is paramount.

I experienced first-hand what it was like to be at the mercy of an untrained Dominant client at the original House of Domination in Melbourne.

These experiences shaped My foundations to be vigilant on catering in scenario that ensure that Myself and My subjects safety is a priority.

My skills and knowledge has been gained with hands on practice on many subjects and peers.

To extend my knowledge, I’ve dedicated time to additional study in Urban Tantra, Somatic Sexology, The Wheel of Consent and I am trained in emotional clearing.

I connect and lead My subject into the depths of exploration in many forms. Either for a moment in time or forming an evolving bond of expansion between the two of us.

I honour the mentoring I was given from the hierarchy of the industry and in turn I have and do pass my knowledge on to the next generation.

I have a documented timeline of working for reputable establishments and alongside many Dommes, switches and submissives.

I’ve written, been featured and modelled for fetish and main stream magazines, newspapers and been documented in one form or another for many websites, TV, radio and podcasts within Australia, Japan, UK and Europe.

Reflecting my maturity having established a world-renowned reputation. 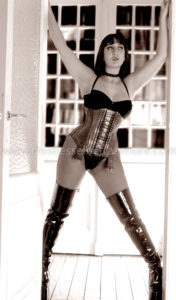 My Expectation of you

My court is diverse, filled with an assortment of people of all genders, abilities, nationalities, religious backgrounds, ages, size, sexualities and level of experiences.

Though the one quality I seek in all My chosen subjects is the ability to be honest with thyself, first and for most!

The honesty I speak of is of self-recognition.

That you have a want, need, desire or urge in some form or another, which you wish to express.

If you are aware of its existence and are open to the option to dive deeper into yourself to explore your fetish, fantasy, submission, kink, perversion etc.….

Then you are invited to make contact with Me.

This website is only a glimmer of who I am.

Until you have the opportunity to be in My presence, you will never know the true pleasure of surrendering to My will.

Until our paths cross

This is a list of scenarios that I DO NOT partake in and are NON NEGOTIABLE.

Under no circumstances will I indulge in any scenarios involving POPPERS, AMYL or anything of a similar nature.
The physical effect of this kind of substance leads to the short term memory cells being destroyed and causing permanent short term memory lost.

If you wish to experience a similar effect that those substances produce. Then I suggest trying one of my tantra inspired sessions, where with the simplest coaching on breath, you can achieve the same light headiness and relaxed body parts with a healthier and more intense out come.

These are just a few of my favourite things.

Teaching is one of my passions and I love sharing my knowledge and skills with others who are eager to learn.

Follow the link below to learn more about what I can teach you.

And find out which event I’m presenting at next.